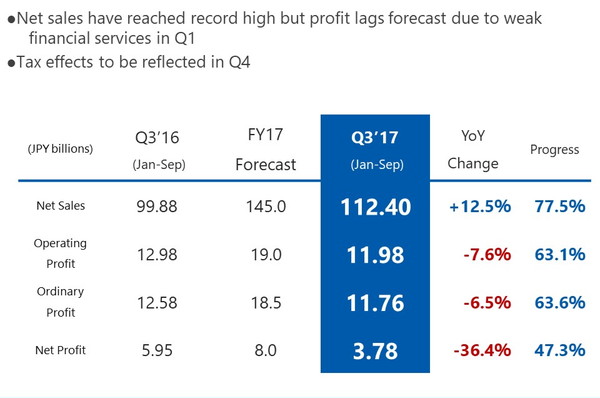 This is an executive summary of operating profit for January to September. Operating profit has decreased by about 1 billion yen to 11.98 billion yen year-on-year. Looking at each segment, Internet Infrastructure has been growing. Internet Finance’s performance weakened this year, compared to the volatile market last year, and Online Advertising and Media’s revision to the net sales for Q1 led to a decrease in consolidated operating profit. 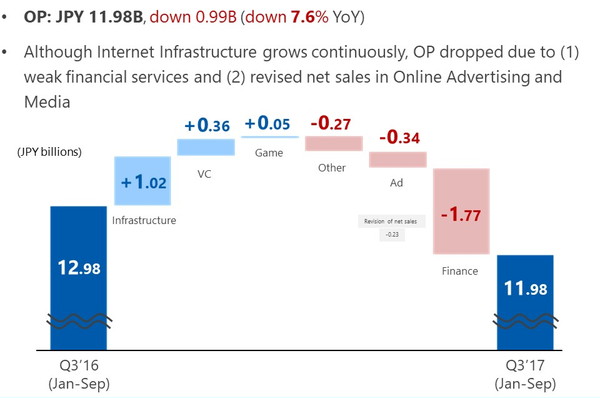 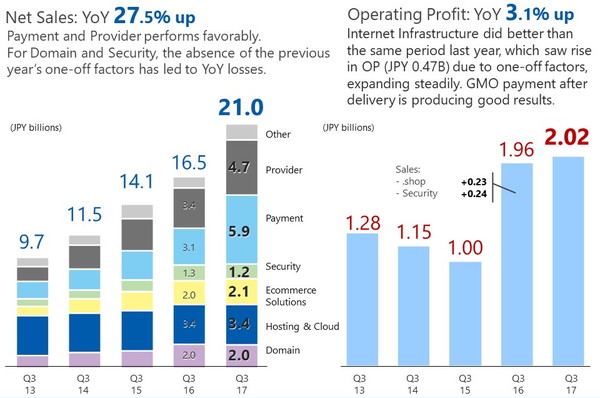 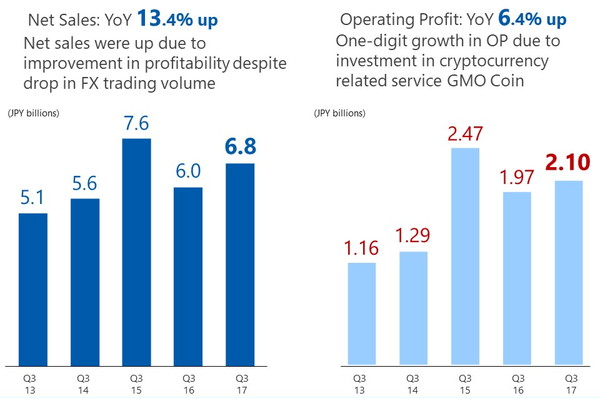 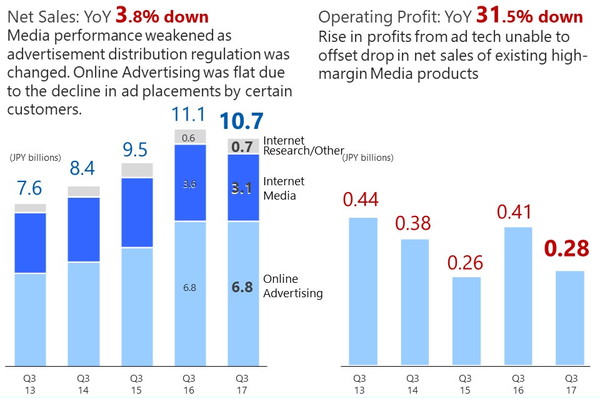 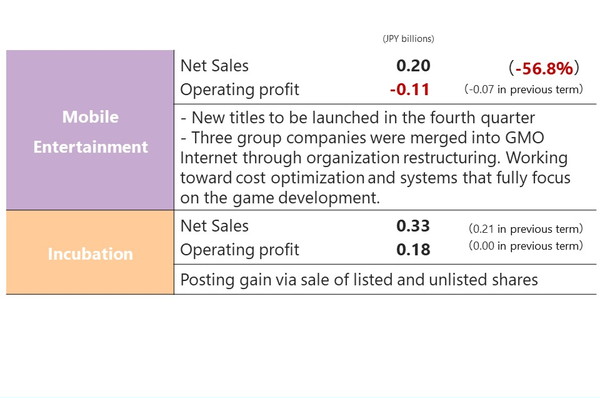 Please refer to “Masatoshi Kumagai talks about the GMO Internet Group strategy” for the 2017 Overview of the group’s current position and an outline of our strategy going forward, particularly for cryptocurrency and Internet banking businesses and other major themes.