The following is an overview of the 2nd Quarter (April to June) FY12/2017.
For more details please refer to the following.

Revenue reached a record high of JPY 74.34B. Infrastructure grew steadily, and Finance recovered due to improvements in FX profitability. However, operating profit was down 13.7% to JPY 7.49B YoY and its progress was below 50% in the first half of the year (January-June) as Finance lagged in the first quarter and also due to one-time expenses in the second quarter. We will catch up on the forecasts for this term with strong trends in Internet Infrastructure and recovery in Finance in the second half of the year. 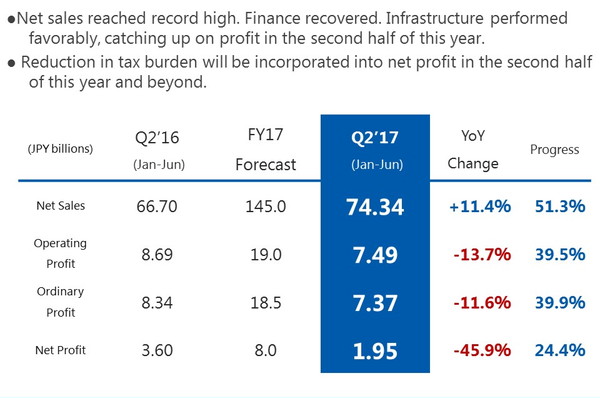 Next two graphs show the transition of quarterly performance. Net sales has increased by 6.3% to JPY 38.2 billion QoQ. Operating profit is up 11.9% to JPY 3.96 billion YoY. Net sales and profit are up. Revenue in Infrastructure exceeded JPY 20.0B and drove the Group’s revenue to a record high. Infrastructure has been growing steadily based on our firm foundation of recurring revenue and increasing transaction revenue. 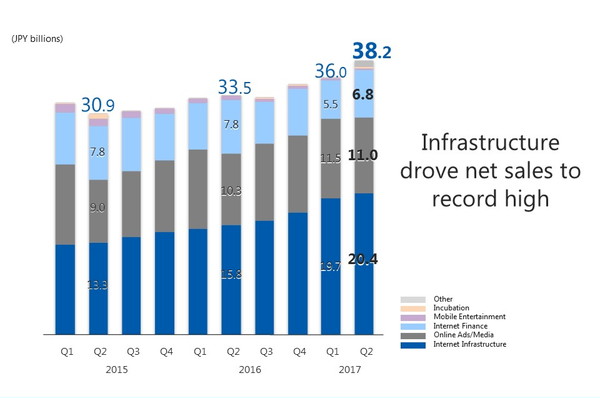 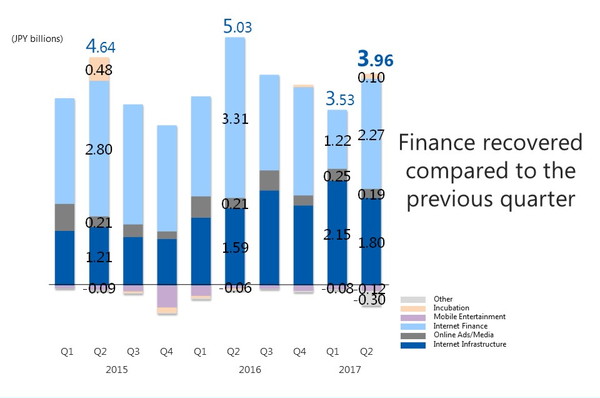 Moving on to operating profit, you’ll notice the recovery in Internet Finance compared to last quarter and that profit in Infrastructure is continuing to expand. We think we can accelerate this trend more in the second half of the year.

With recurring revenue and transaction revenue from payment services and minne, the growth rate is accelerating. Provider expanded further. Profits were up despite spending JPY 120M on minne advertisements and the one-time cost of JPY 80M for commissioned developments. Profit margin for payment services and SSL also greatly increased despite investing in next generation products. 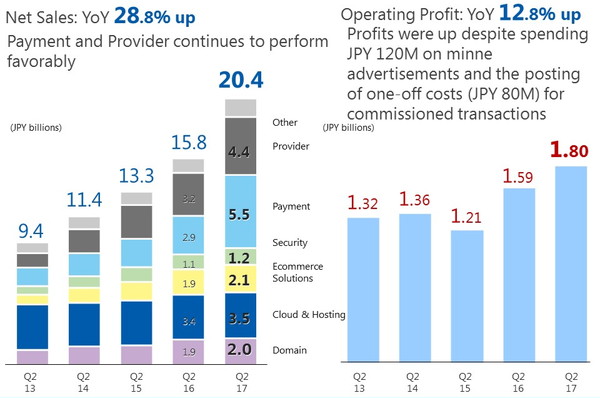 ●Next two graphs show the transition of Internet Finance’s net sales and operating profit of the second quarter for the past five years. In 2016, the FX business posted a record high in revenue due to Brexit. Figures in Finance fell as transaction volume decreased significantly in Q2. Revenue was down 12.0% to JPY 6.8B YoY, and profit was down 31.4% to JPY 2.27B YoY. 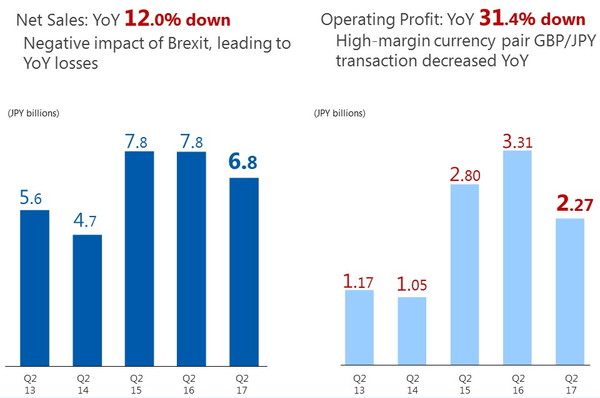 Net sales has increased by 6.2% to JPY 11.0 billion YoY. Operating profit is down 9.8% to JPY 190 million YoY. As for revenue, ad technology products performed favorably and Online Advertising had steady two-digit-growth. On the other hand, there was a drop in the sales of existing products in Online Media, and the segment’s sales totaled less than that of last year due to drop in net sales of Media’s existing products since the fourth quarter of FY2016 and changes in advertisement distribution regulations, resulting in one-digit growth. As for profit, we are getting closer to reaping a harvest for new and existing products. Ad technology products grew but couldn’t cover the drop in net sales for existing high-margin Media products. 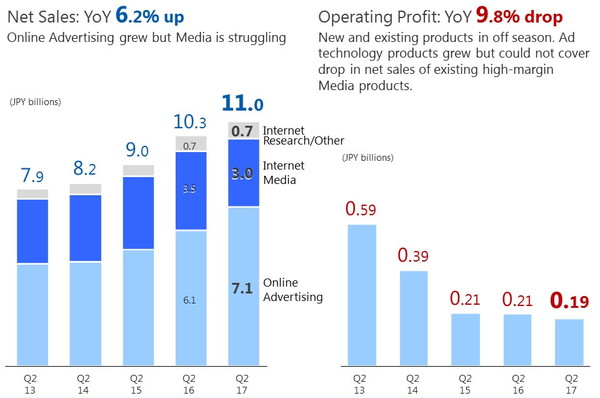 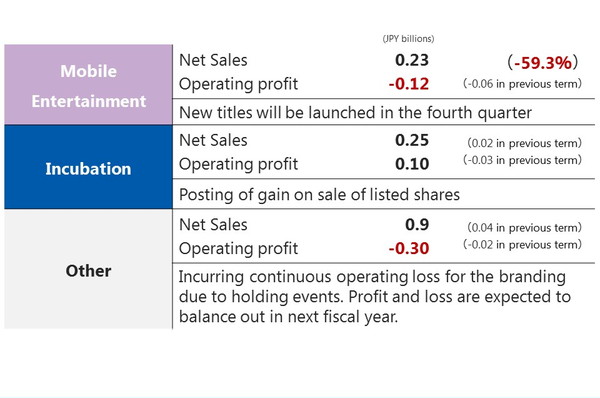 Please refer to “Masatoshi Kumagai talks about the GMO Internet Group strategy” for the 2017 Overview of the group’s current position and an outline of our strategy going forward, particularly for “.shop,” finance – virtual currency business and Internet banking – and other major themes.