The following is an overview of the first quarter (January to March) of fiscal year 2015. For more details please refer to the following.

●In the first quarter of fiscal year 2015, net sales grew 20% year on year while operating profit grew 70% over the same period. Over JPY30 billion was generated in net sales. The year is off to a strong start and we are on trck to meet year end forecasts. 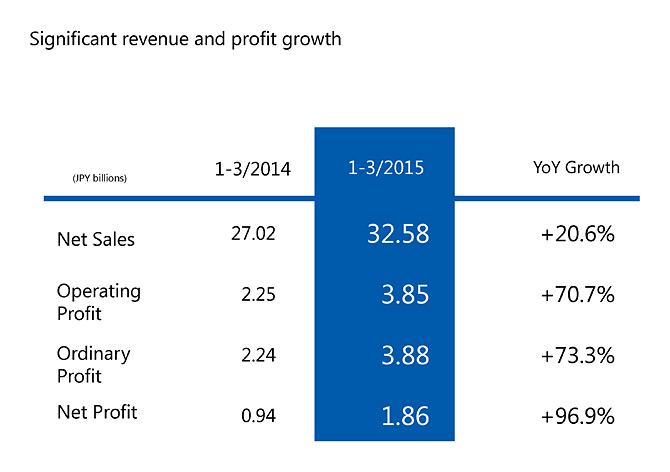 ●The graph below shows quarterly results over the past three years. 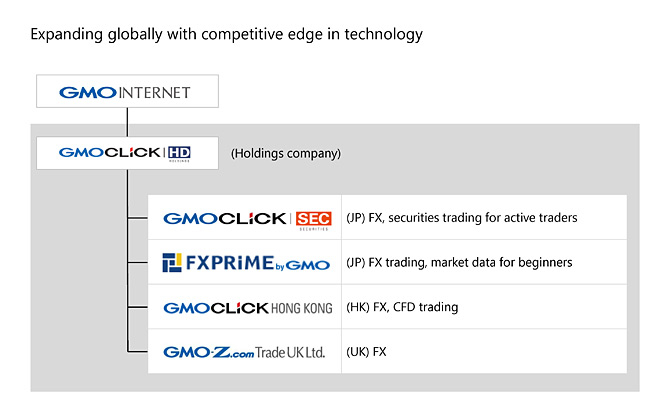 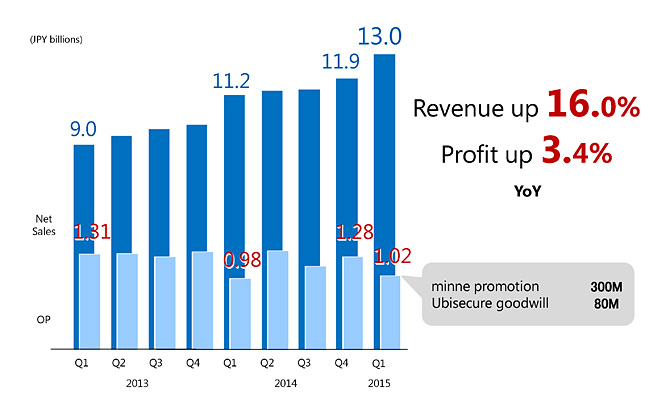 ●Number of contracts in Internet infrastructure reached 6 million. The majority of contracts in this segment represent recurring revenue, the foundation for stable, long-term growth. 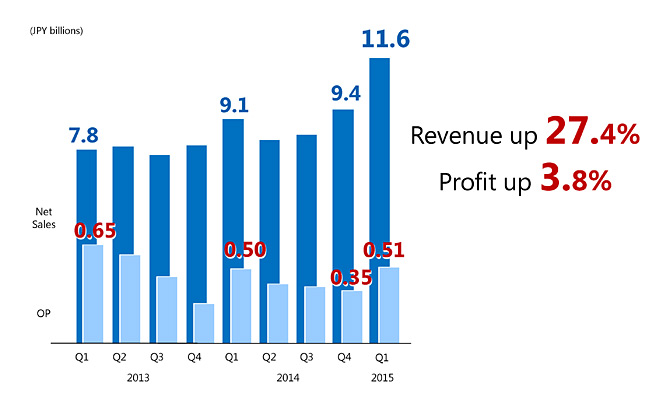 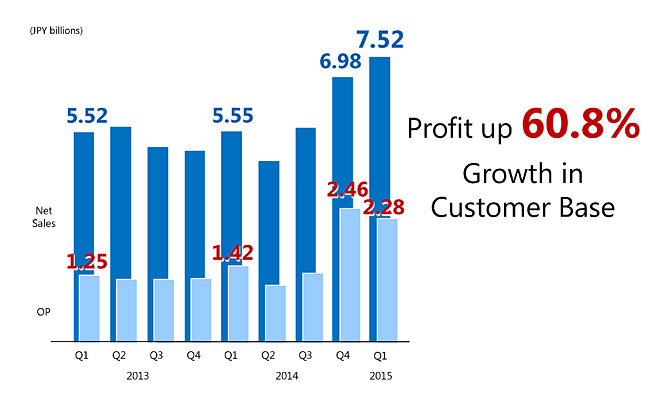 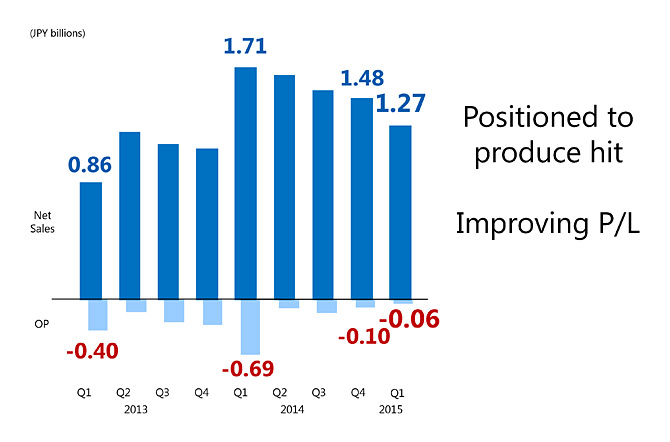