The following is an overview of our 2014 fiscal year. For more details please refer to the following.

●In fiscal year 2014 we generated JPY100 billion for the first time since the company was established. From Net sales through to net profit, all forecasts were achieved. 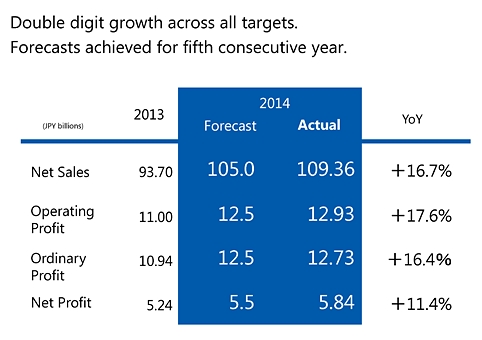 ●The graph below shows quarterly results over the past three years.Net sales and profit both reached record highs in Q4. 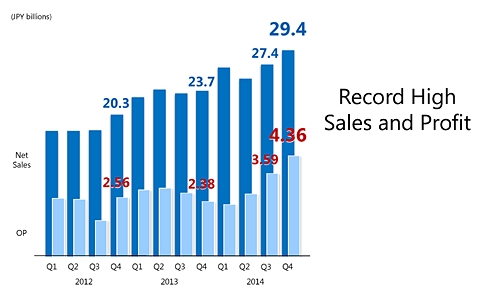 ●On October 31 we announced a reorganization in the Internet Securities segment. We are now in the evaluation stage and on April 1, 2015 FX Prime by GMO will be delisted and GMO CLICK HD will be listed in its place. 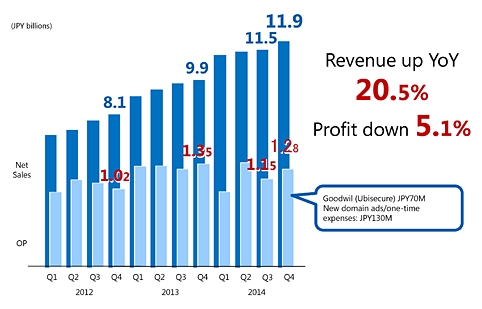 ●Number of contracts in Internet infrastructure reached 5.79 million. This represents ongoing annual growth of around 700,000 new contracts a year. The majority of contracts in this segment represent recurring revenue, the foundation for stable, long-term growth. 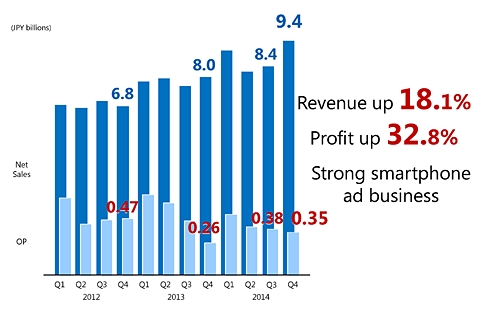 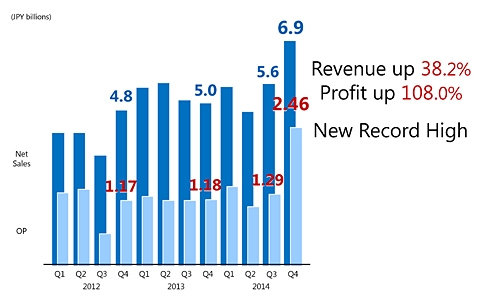 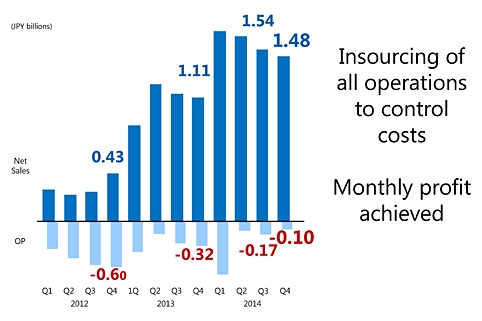